A cross-platform plotting library for .NET

We have released v2.0.0 of the oxyplot core repository. See the change log for details. The following NuGet packages have been updated:

Thanks to everybody who have contributed!

We have stopped pushing pre-release packages from the CI build to nuget.org (on request from nuget.org). The official nuget feeds will from now on only be used for stable releases.

Pre-release packages from every CI build are now pushed to myget.org. To use these packages, you must add the myget feed https://www.myget.org/F/oxyplot as a package source. 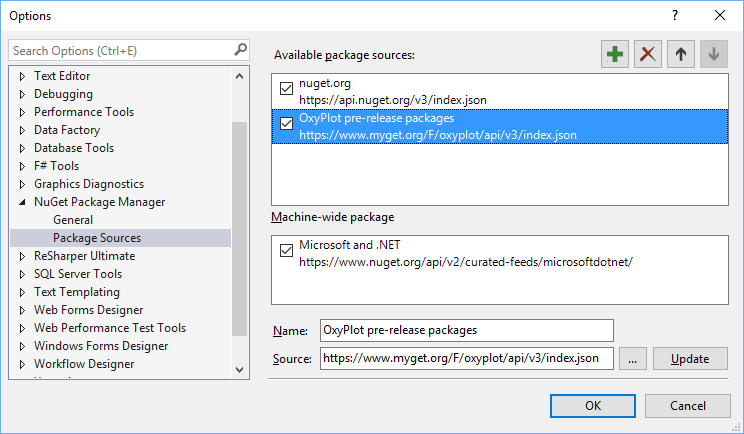 Remember to check “Include prerelease” or add the “-pre” flag to install the myget packages. 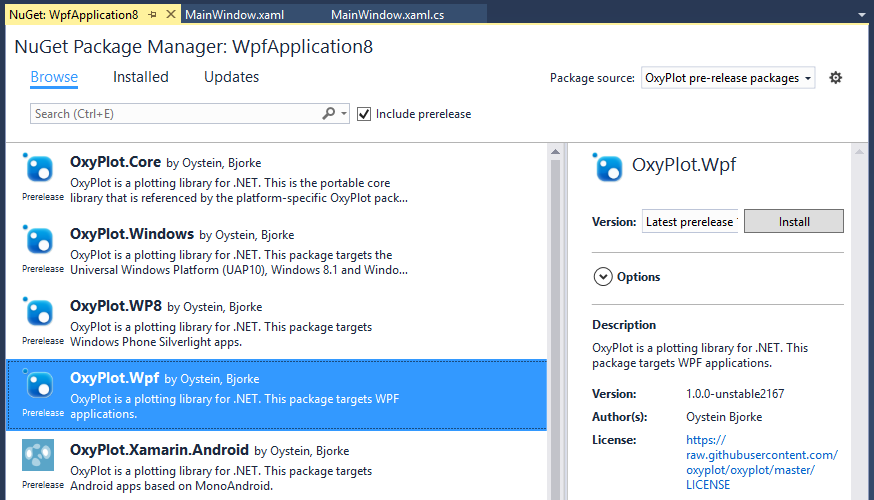 We have switched to semantic versioning and changed next version number from 2015.1 to 1.0!

The version number generation and assembly info patching is now handled by GitVersion.

The documentation has been moved to docs.oxyplot.org. Note that it is still under construction and contributions are greatly appreciated!

The documentation is based on reStructuredText and Sphinx, and built by Read the Docs.

The docs are available for download in pdf, Epub and html format.

Note that there is also an alternative link: https://oxyplot.rtfd.org/ :-)

To use it, add a reference to the OxyPlot.Xwt NuGet package. Note that Xwt must be added manually to be able to use the component. 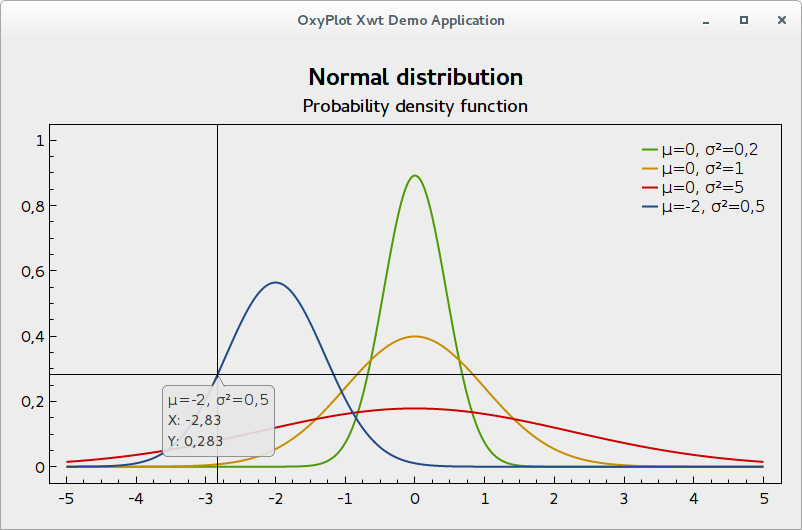